The Protectors #7
By Sloane Kennedy
Hosted by Jo&Isalovebooks Blog.

“I trusted once. I won’t make that mistake again…”
An ugly childhood and devastating betrayal have left 25-year-old Cain Jensen scarred inside and out. Protecting himself means keeping everyone at arm’s length and protecting others means never getting emotionally involved. In the three years since he’s joined an underground vigilante group, every life he saves helps ease the guilt of the ones that were lost to him so long ago. So when he’s sent to a remote cabin in the Cascade Mountains just north of Seattle to follow up on the disappearance of his boss’s co-worker, his only thought is to see that justice is served, no matter what the circumstances.
But nothing he’s ever experienced has prepared the cold-hearted and very straight Cain for who he finds on that mountain…or the intense need to suddenly offer more than just protection.

“I’ve finally managed to break free, but I’ve never felt more trapped in my entire life…”
Ethan Rhodes has been running for six months, but it’s never fast enough, it’s never far enough. At 30 years old, the talented ER Doctor should be spending his days saving other people’s lives, not worrying about his own. But he knows that the four years of physical and emotional abuse he’s suffered at the hands of his volatile ex are nothing compared to what will happen when Ethan runs out of places to hide, especially after taking something from the man he once was sure would be the love of his life.
A violent episode that has Ethan narrowly escaping death leads to a quiet cabin in the mountains where his battered body will have time to heal before he and the young girl relying on him need to run again. But everything changes with the arrival of a mysterious stranger who threatens to give Ethan something he’d finally accepted was gone forever…hope.

“I didn’t see this coming. I don’t think he did either…”
To get to the truth, Cain must first get through Ethan’s defenses, but watching the other man’s walls start to come down forces Cain to face his own past. And as the tremulous connection between the two men grows and gives way to something more, both will need to decide if they’re willing to risk giving each other the one thing that has cost them so much in the past…trust. 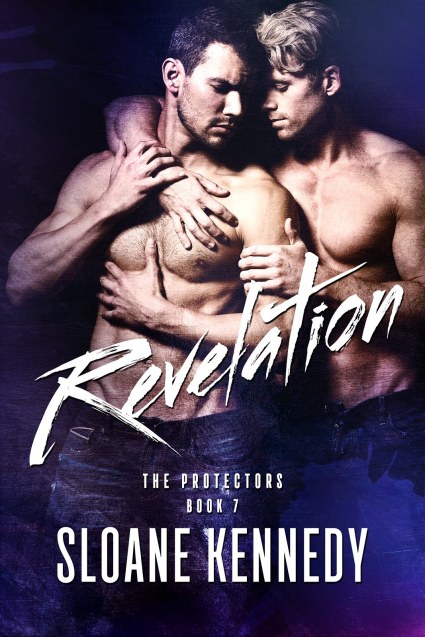 Another round of tears threatened as I settled my hands on my lap to try and cover my flaccid cock. I kept my eyes on the ground as Cain got the shower going. A sliver of relief went through me when I saw that the owner of the cabin had installed a handrail in the shower. Which meant even if I needed help getting into the shower, at least I’d be able to stand on my own once I was in there.

And that meant only another minute or two of humiliation and then I’d finally have a few moments to myself to try and pull it together.

That was my thought.

Reality, as usual, turned out to be a cruel bitch.
Because as soon as I latched my hands on the rail and Cain removed his arm from my waist, my knees buckled. I would have hit the tile had Cain not had the reflexes he had.
I lost it at that point. I was just done.
Utterly done.
The sobs crawled up from my belly so painfully that no amount of wishing them away would have mattered.
I had nothing left.
I stood there, naked and broken with water raining down on me and finally wished Eric had finished what he’d started yesterday.
He’d won.
Even if I was still pulling oxygen into my lungs, he’d won.
I let my knees buckle hoping Cain would just let me slide to the ground and leave me there in peace, but I wasn’t that lucky. I waited for him to pull me back out of the shower, but he didn’t. Nor did he say anything. I was barely aware of him shifting his body a few times, but I didn’t have the energy to look at him or even beg him to leave me alone.
All I had was grief.
Grief for everything I’d lost. Grief for the man I’d once been…that foolish, stupid man who’d walked blindly to the gates of hell and begged to be admitted.
Cain finally moved me, but it wasn’t to help me out of the shower. No, it was to move me forward, and to my disbelief, I felt his big body pushing up against me as he climbed in with me, fully clothed.
A new round of wracking, painful cries erupted from my throat at the gesture and I wanted to both tear myself away from him and lean back against him at the same time.
“Shhh, just let it out, Ethan,” Cain whispered and I swore I felt his lips against the spot where my neck met my shoulder. “I’ve got you.”
I shook my head because I couldn’t let myself believe that.
That he had me.
Teasers

Other Books In the Series.

ALL ON KINDLE UNLIMITED

Although Sloane Kennedy always dreamed of being a writer as a teenager, she didn’t take the plunge until March of 2015 when she released her first novel as an independent author. Since then, she has released more than a dozen books including the Amazon best-selling “Barretti Security” series, “Finding” series and “Protectors” series. While she initially began writing M/F romance, she found her true passion writing gay romance and all four of her most recent releases reached the #1 spot on Amazon’s Gay Romance bestseller list and Freeing Zane, her final book in the Barretti Security series, made it to Amazon’s overall bestseller list. Sloane was born in Germany and grew up in Virginia and Wisconsin. Although she currently lives in Wisconsin, the place where she has always felt most at home is Seattle and many of her books take place in the Emerald city. Although she is unmarried, a menagerie of 2 dogs and 3 cats keeps her busy enough and 3 young nieces take care of the rest of her free time. Sloane loves being able to share her passion for romance with readers and she is truly humbled by all the support she’s received from fans and fellow authors alike.

To my new FB friends, feel free to check out my fan group, Sloane’s Secret Sinners. We do lots of giveaways and it’s the only place you can sign up for a chance to get an ARC.
YOU MUST BE FRIENDS WITH ME OR FOLLOWING ME TO JOIN

One thought on “REVELATION by Sloane Kennedy BOOK BLAST”