Shame and regret hold enigmatic Ash Bascom to his past, a past he can’t stop running from. He thought he’d found solace with some biker friends. He was wrong. He found something very different, very dangerous instead.

Kathy Mason just wants to live her life, finish school and do the work that she loves caring for the animals at the local pet shop. She’s alone, but that’s the way she likes it. Because alone, she can’t be hurt.

She thinks he’s hot, charismatic but full of dangerous secrets. He just can’t get her out of his head. When their lives collide, they’re soon caught up in a web of uncertainty that neither can escape. For the Outlaw Biker Boys, it’s not called blood ties for nothing. Can Ash cut the bonds to save Kathy? Because she’s counting on him to save them both.

Amazon US I Amazon UK

Helen Grey is the author of the hot alpha military romance series “Serving the Soldier”.

Tessa James has never been able to figure out the puzzle that is her life, until a mysterious key and a hidden closet lead the way to a realm beyond her imagination. The Fae are real. Magic exists. And Tess’s world has just drastically changed.

Nyx Steele, the leader of the Fae, is ruthless as he is beautiful, especially when it comes to keeping the humans out of his realm. Their role in slaying his people will never be forgotten, even if they stumble on him in the form of an alluring being like Tessa. No matter how strongly he’s drawn to her, Nyx must never forget what Tessa’s ancestors did to his.

Lost in a land filled with wonder and dangers, Tessa cannot resist her attraction to the enigmatic Nyx. The most breathtaking love she’s ever found may also bring her ultimate ruin and death. 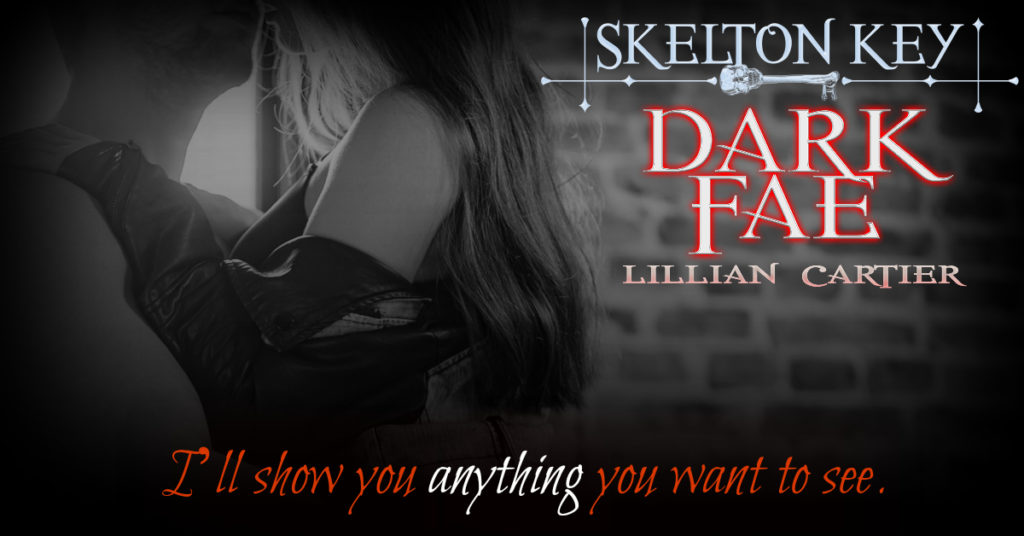 Lillian Cartier started writing when a persistent vampire entered her mind and refused to leave. Sharing the crazy idea with her closest friends and, with the encouragement from them, a story not only started to form but she has gone into collaboration with a friend turned author, Michelle Dare.

A wife, mom, and lover of books, that will be soon going on a vacation on a tropical island where she can finally get some much needed rest and relaxation with her family and friends.

One key, one door, one man, one leap.

Alison Wescot inherited the antique store the day her mother died. It was nothing she wanted, but she couldn’t part with it. The antiques inside were all she had left of her mother. She thought she knew every piece in the store, until one day she discovered a box with a key inside, along with a letter from her mother. A key to a door she never knew existed.

Lucas Azure is the leader of the kingdom’s elite guard, a group of men whose sole purpose was to protect their territory and people. The youngest of the king’s four children, he was also the deadliest. The men in his group followed him faithfully, never questioning his orders. When Alison appeared, he knew he had to protect her at all costs.

The day Alison walked through the door, her recurring dream became a reality. The man who always remained a mystery was standing before her. There were dragons flying overhead and a castle in the distance. She was now in the Azure Kingdom. 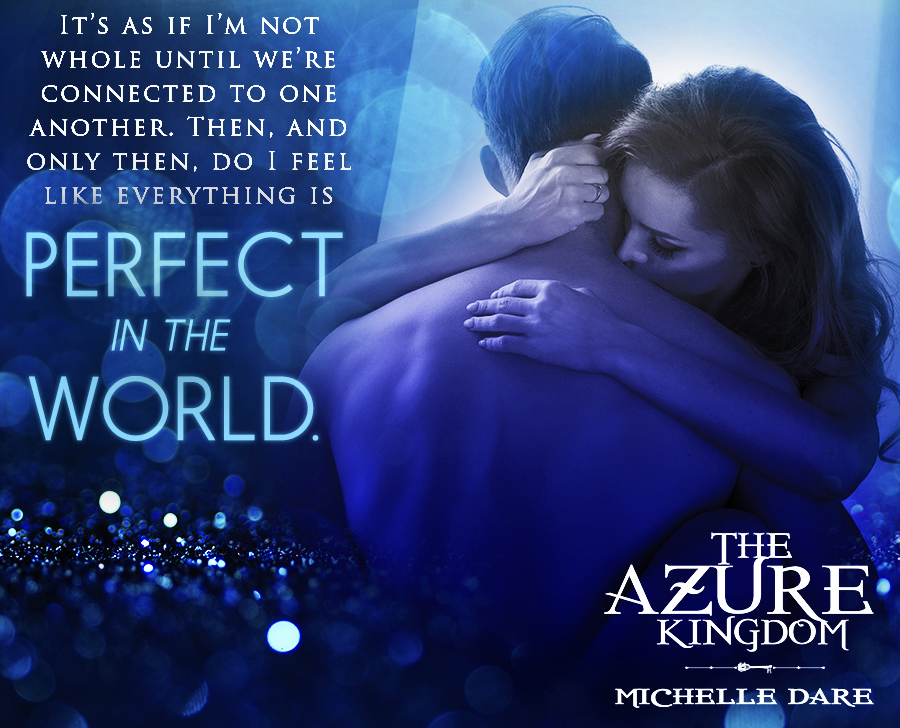 Young, bright, unadventurous Crystal Moore comes face-to-face with slavery in today’s Dallas, Texas. A woman is held, not by chains, but by threats to her two small children left behind in Mexico. Should she escape, or even tell anybody of her situation, her children will be killed.

Crystal would like to walk away and forget she ever heard this. But her conscience won’t let her. Her parents were killed when she was just seven. She knows the heartache these children suffer. She can’t sleep without hearing the cries of the two young girls and their mother.

Crystal knows the woman will never try to escape as long as her children are held hostage. Crystal realizes the only way to free her is to go to Mexico and rescue the girls first, for only if they are safe will the mother ever be free.

Crystal goes to Mexico and secures the help of the mysterious Juan Grande. After several abortive attempts, they rescue the children and spirit them to safety. Crystal returns to Dallas and now is able to help the mother escape. Soon, the mother and children are reunited.

But now, two powerful and ruthless men want Crystal dead. She will need all the help she can get from a former bull rider, Crystal’s streetwise housemate, and her seventy-six year-old, feisty grandmother.

José’s head jerked in their direction. Slowly, his eyes opened wider, his thin lips parted. His face turned red as he sucked in air. His voice escalated into a roar. “They stole my plane and the girls?” He turned his attention back on the woman in front of him. “You let them steal the children? Do you know how much they were worth to me? Do you know how hard it is to get children that age?” The woman was cowering. He pulled a pistol from his belt cocked it and aimed it at the woman’s head.

Juan spoke without thinking of the consequences. “Do not shoot her.”

All eyes shifted to look at Juan Grande. All, except José’s.

Again, Juan knew he had no chance to fight. Why had he spoken? He knew why. The woman faced immediate death because Juan had spirited the children away.

James R. Callan took a degree in English, intent on writing. But when that did not support a family, he returned to graduate school in the field of mathematics. Upon graduation, he worked as a research mathematician, and vice-president of a database company.

He has received grants from the National Science Foundation, NASA, and the Data Processing Management Association. He has been listed in Who’s Who in Computer Science, and Two Thousand Notable Americans.

When his children were grown and self-supporting, he returned to his original love—writing. For two years, Callan wrote a monthly column for a national magazine. For six months, he wrote a weekly column that appeared in newspapers in four states. Callan has published ten books: four non-fiction books, plus six mystery/suspense novels. All have been published in print, seven were also published as e-books and four have been published in audio.

One of his mystery/suspense books ranked as high as number seven in its category on Amazon. The audio version of another book rose as high as number six on the Books in Motion list. He has had shorter works published in five anthologies. His eleventh book, a suspense, is scheduled for publication in 2016.

In addition to writing books, Callan gives workshops on writing in Texas and Mexico.

For fourteen year, Callan served as director of a respected writers’ conference. He belongs to writers’ groups in Texas, Missouri, Oklahoma, and Puerto Vallarta, Mexico. He and his wife split their time between homes in east Texas and Puerto Vallarta. They have four children and six grandchildren.

✰.•° CALL ME MICHIGAN NOW LIVE! °•.✰
Sam Destiny’s latest novel Call Me Michigan is now LIVE!! 1-Click your copy now at a sale price of only 99c/99p
Blurb:
For the last ten years Taylor Collins hasn’t allowed herself to look back. Now she’s forced to return to a town full of ghosts, a farm she doesn’t want, and a country boy she never forgot. With her life spinning out of control, Taylor has no time for flirting – or love.
Mason Stiles loves his family, his farm, and his job, but he’s still regretting the one that got away. That is, until Taylor arrives back in town. When he sees her again, he realizes that maybe a friend is all she needs.
Sometimes a Stetson and a pair of cowboy boots can fix the world – but is it enough to grant Taylor and Mason a second chance at love?
Links:
Amazon:
http://getBook.at/CallMeMichigan
Goodreads: https://www.goodreads.com/book/show/28266595-call-me-michigan
Facebook: www.facebook.com/SamDestinyAuthor