Author: Kirby Elaine
Release Date: Summer 2016Synopsis: What if Ethan and Noa never shared that first kiss. Follow Ethan from the first date and into Iraq as he faces the most difficult times in his life. A man of his word, Ethan embarks on a journey to better the life he’s building with Noa. Unkiss Me is a genuine tale of love, passion, sacrifice, war, sex, true love, and how every choice we make impacts our lives forever. 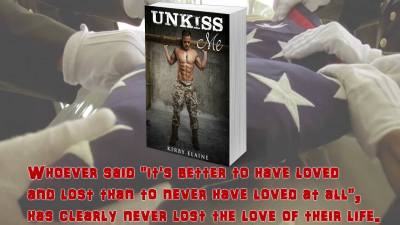 BOOK ONE IN SERIES:

Pieces Of Me by Kirby Elaine
“What is that?” he interrupted.
“What’s what?” she questioned looking around.
“That thing on your plate,” his voice was groggy. A deep scratching that somehow appealed to her.
“It’s a cronut.”
“A what?”
“A cronut. You know; part croissant, part donut; the perfect combination of flaky and sweet,” she laughed.
http://bit.ly/heycronut

As a full-time educator in Baltimore, Kirby Elaine finds time for her second passion during evenings and weekends. Will six books under her belt in the last three years, she has found her niche in the romance world. Sticking to contemporary romantic themes and family dynamics Elaine published “Pieces of Me” on December 31, 2015. Follow its success; she announced the second book in the Coffee House Romance series, “Unkiss Me”, coming Summer of 2016. 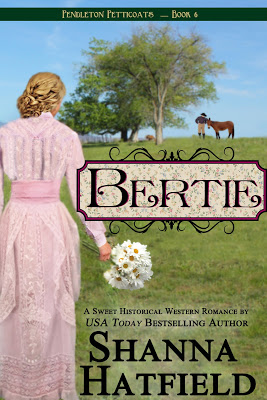 Dust off your dancing shoes and choose your formal attire for the Petticoat Ball Party on Facebook April 7, 2016 from 10 a.m. to 2:30 p.m.(Pacific Time) Giveaways, games, and guest authors will make for a fun and memorable event as we celebrate the release of Bertie!
Here is the link to the party:
https://www.facebook.com/events/423018991216234/
Invite your friends to the second annual Petticoat Ball, and you could win a $25 Amazon Gift card. Just join the event, click on the “invite” button, invite your friends, then post how many you invited in the comments of this post: https://www.facebook.com/events/423018991216234/permalink/451482635036536/
One randomly drawn person will win, but you get additional entries for every 50 people you invite!
Also, ask your friends who join the party to share that you invited them in the comments in the post. Each friend who mentions your name, earns you another entry in the contest!
Winner will be announced prior to the start of the party April 7!

She needs an adventure –
He needs the warmth of her smile…

Bertie Hawkins survived a traumatic ordeal that stripped away her sunny outlook on life and left her afraid of every shadow. Terrorized and tired of reliving the past, she accepts an offer to change her situation. Although she only intends to work through the summer, the peace she finds at Nash’s Folly keeps her there every bit as much as her interest in a mysterious new ranch hand.

Desperate to escape his memories, Riley Walsh buys a run-down farm in Pendleton, Oregon. To pay for the many necessary repairs, he goes to work for his neighbor, never intending to fall in love with the effervescent girl who helps around the house.

Riley isn’t the only one enchanted with Bertie. His own crazy mule and the neighbor’s son both share his infatuation, driving him past the brink of jealousy.

A sweet romance that embraces the trials and triumphs of yesteryear, Bertie blends laugh-out-loud adventures with heartwarming moments.

Involved in the unfolding story, she didn’t hear anyone approach until a warm hand caressed her bare foot.

Yanking her foot up, she gazed down into Riley’s face. The fiery look in his eyes made heat pool in her belly and her mouth go dry.

“I’ve seen a lot of birds perched in trees, but never one so lovely.”

To emphasize her point, Bertie pushed at the damp curls that had fallen around her face hours ago. Her dress was limp and she felt about as fresh as a wrung-out dishrag.

Much to her surprise, Riley grabbed hold of the limb and swung himself up into the tree, sitting in front of her. “What are you doing out here?”

“I can see that.” Riley grinned and tapped the book with his finger. “I meant why did you come out here to read? You could do that at the house.”

“It’s miserably hot in the house and Aundy decided I needed a break. I’ve discovered arguing with her does no good at all, so I took the book she handed me and came out here.”

Bertie tried to adjust her skirts to hide her bare legs but Riley held the hem, keeping her from moving. “Riley…”

“If you’re trying to cover up those pretty ankles, you might as well not bother. I’ve already seen them. Enjoy the breeze while you can. I don’t know how you women survive on days like today, fastened into layers of petticoats with stockings and drawers and corsets and…”

Bertie leaned forward and clamped a hand over his mouth. “Riley! You shouldn’t speak of such things. It’s improper.”

He shrugged and kissed her hand, holding it in his instead of releasing it. “Never understood why it’s so improper to talk about what you wear. Why, didn’t I see a lacy pink…” 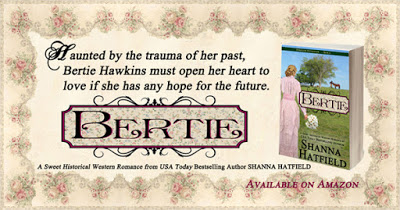 One stubborn mail-order bride finds the courage to carry on when she’s widowed before ever truly becoming a wife, but opening her heart to love again may be more than she can bear.
http://amzn.to/1U2hHx4 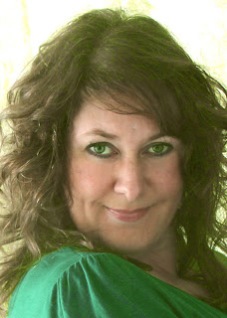 USA Today bestselling author Shanna Hatfield writes character-driven romances with relatable heroes and heroines. Her historical westerns have been described as “reminiscent of the era captured by Bonanza and The Virginian” while her contemporary works have been called “laugh-out-loud funny, and a little heart-pumping sexy without being explicit in any way.”

Convinced everyone deserves a happy ending, this hopeless romantic is out to make it happen, one story at a time. When she isn’t writing or indulging in chocolate (dark and decadent, please), Shanna hangs out with her husband, lovingly known as Captain Cavedweller.

Click here to enter the giveaway to win a $50 Amazon Gift Card and other assorted prizes!