Coming from a troubled home where no one loves her, Miya Jenkins turns to the only people who ever cared – the Walkers. Her best friends, Cate and Caden always have her back and their parents treat her like a second daughter. She’s smart, dedicated to her education, and focused on success. Miya learns to trust her instincts and never relinquish control, all while enjoying what life and men have to offer. Trust is a hard thing to come by for Miya, and she refuses to open up her heart. Like the willow tree under which she lost her innocence, she bends but doesn’t break.

Caden Walker – always there for her, always protective, always a comfort, but wanting more.

Miya refuses to reveal her inner self, not even to him, and she’s not willing to sacrifice their friendship. She wants a normal life, to feel anchored in the safety of someone’s arms, but she wonders if anyone can ever tear down the high walls built around her heart. Is it possible the walls already began to crumble beneath that willow tree? Will all of her successful endeavors lead her to the one she thought most unattainable?

Struggling through health issues, Jacqueline Anne discovered her love for reading romances. Writing then became her escape and a depiction of her spirit. She creates strong female characters that overcome hardships, reflecting some of her own adversities and trials. The relationships are sweet and sexy with characters who embody discovery, lust, trust, happiness, and love.

She leads a full and exciting life in Northeast Ohio. She loves to bake, create, workout, dance, and read. Jacqueline truly believes that everything happens for a reason. Her life can attest to that. Work hard. Play hard. Live life to the fullest each and every day, doing it all in a pair of 4″ heels. Who says you can’t have it all? 😉 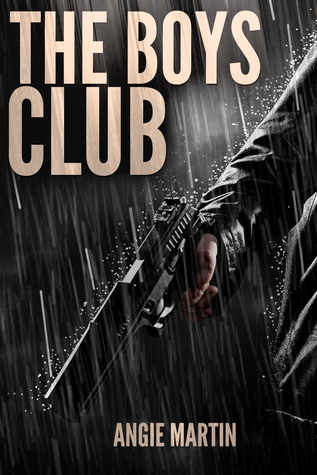 Growing up a homeless juvenile delinquent left its mark on Gabriel Logan. He lived a throwaway existence until a former FBI agent recruited him for a fringe organization for boys like him, ones who could operate outside the law for the sake of justice. As an adult, he sets an example for the others and is slated to take over their group, until his work results in the murder of his pregnant wife.

Going through the motions of everyday life, Logan does only what’s required of him with one goal in mind: kill Hugh Langston, the man responsible for his wife’s death. When he’s handed the opportunity to bring Langston down, he jumps at the chance, but the job will challenge him more than anything in the past. Not only does he have to save Langston’s daughter from her father’s hit list, but the job seems to have come to them a little too easily. Logan must find a way to not only rescue the one woman who can take down his biggest enemy, but also look into the men he trusts most to discover which one of them is betraying The Boys Club.

I am a lifelong writer and firmly believe that words flow through my veins. The Boys Club, a romantic suspense novel, was released on December 3, 2014. My thriller with a paranormal twist, Conduit, was published on March 5, 2014. In 2004, I published my first romantic suspense novel, False Security. Since that time, the book has been drastically re-written and the revised version is also available as an e-book for Kindle. I am hard at work on three books: the sequel to False Security (False Hope), the next Emily Monroe novel, aptly titled The Darkness, and a super-secret project that will be announced hopefully in the spring.

I live in Overland Park, Kansas with my husband, our two beautiful cats, and our beloved dog. I have two sons who are off paving their own way in the world. I grew up in Wichita, Kansas, my hometown and where my books take place, and I will always be a Kansas girl at heart.

As a reader first, writer second, I love to discover new authors. My entire life has revolved around imaginary worlds contained within the covers of a book. My aunt introduced me to Stephen King and a little book called Christine in eighth grade, and my life was never the same. As a geek-extraordinaire, I love comics and graphic novels, and also review those, both on my own and as a guest contributor with Fanboy Comics.

I have studied criminal justice and behavior since high school, which I incorporate into my writing. If writing is my blood, then music is the air in my lungs. I have played piano since I was five and I love writing music. I am also hard-core gamer. My go-to video games series are Resident Evil, Uncharted, The Walking Dead (Telltale Games), Dead Space, and Batman Arkham.

Visit Angie Around the Web:

A Shot Of Sin
Series: A Vault Of Sin (Book One)
Author: Eden Summers
Publisher: Samhain

Synopsis
Throw
back a shot of pure pleasure.
Vault
of Sin, Book 1
Leo
Petrova is between a rock and the hard place in his pants. Shot of Sin, the
night club he owns with his two best friends, is short one bartender
downstairs. The only available replacement is the upstairs bar manager—the one
woman Leo knows he can’t take downstairs, can’t have, can’t touch. The one time
he gave in to temptation convinced Leo that Shay’s no match for his sexual
demands.
Only
a select few know Shot of Sin’s guilty secret, that beneath the packed dance
floor lies a very private sex club—the Vault. The place Leo can let his sexual
proclivities run wild.
Shay
Porter is curious as to why her boss, the king of mixed messages, seems almost
desperate to keep her from discovering what’s on the other side of the guarded
door at the back of the club.
Sliding
out of her comfort zone and into Leo’s arms risks everything. Their friendship,
the Vault, and most of all, their hearts.
Warning:
This sex club does not carry the government’s stamp of approval. Contains
devilish debauchery, delightful deviance, and dancing on the edge of the
darkest of sexual desires.
New Release Sale

On the Sweet N Sassy Book A Holics Page

In late 2010, Eden’s romance obsession could no longer be sated by reading
alone, so she decided to give voice to the sexy men and sassy women in her
mind.

Eden can’t resist alpha dominance, dark features and sarcasm in her fictional
heroes and loves a strong heroine who knows when to bite her tongue but also
serves retribution with a feminine smile on her face.