The Private Investigator’s Handbook…Rule #1: Don’t break the law…Rule #2: See Rule #1…And then there’s Addison Holmes, who makes up her handbook as she goes along. Addison is licensed to carry and she means business. The only thing getting in her way is a sexy detective, a neighborhood watch from hell, a dead billionaire, a black market sperm bank, and a long lost heir. Piece of cake… 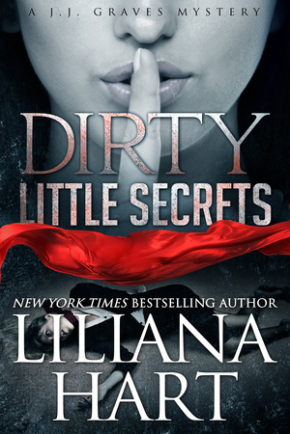 J.J. Graves has seen a lot of dead bodies in her line of work…

She’s not only in the mortuary business, but she’s also the coroner for King George County, Virginia. When a grisly murder is discovered in the small town of Bloody Mary, it’s up to J.J. and her best friend, Detective Jack Lawson, to bring the victim justice.

The murders are piling up…

When a popular mystery writer shows up on J.J.’s doorstep with plans of writing his new book about the Bloody Mary Serial Killer, J.J. has to decide if he might be going above and beyond the call of duty to create the spine tinglers he’s so well known for.

J.J and Jack discover each victim had a shocking secret, and the very foundation of J.J.’s life is in danger of crumbling when it turns out she’s harboring secrets of her own—secrets that make her a perfect target in a deadly game. 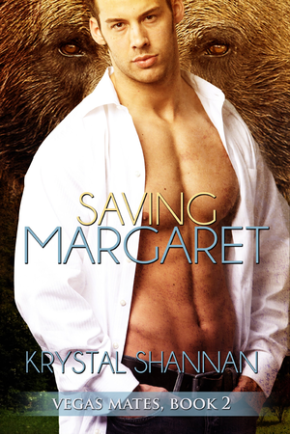 Successful, but lonely, Margaret Taylor finds her mate in the body of a man she least expects it in. A bear! Her human half tries to reason her way out of the match, but her wolf is through with her excuses. Crossing the species line isn’t unheard of, but it’s not often done.

Try as she might to avoid him, fate makes sure the big grizzly bear is nearby at all times. But, will his presence be enough to protect her from the evil stalking her?

The power of the magick between them can’t be avoided. But, Scott O’Hearn thinks the beautiful Taylor wolf is doing a fine job of just that —avoiding him. He can’t help he’s a bear shifter and he’s determined to convince her it doesn’t matter. She is his mate and he’s waited over a century to find her.

Will he convince Margaret she’s his true match before it’s too late?

Meet the Author:
Paranormal Romance author, Krystal Shannan, lives in Texas and is married to the love-of-her-life. They have a spunky young daughter who believes in fairies. Krystal professes to loving shoes, but avoids wearing them at all costs. She teaches in the public schools and writes as much as she can in her free time. If any more spare time can be squeezed from her day, she enjoys reading romance in all genres, but especially paranormal. If it has a ‘Happily Ever After’, she’s on board!

She is an active member in her local RWA chapter DARA. 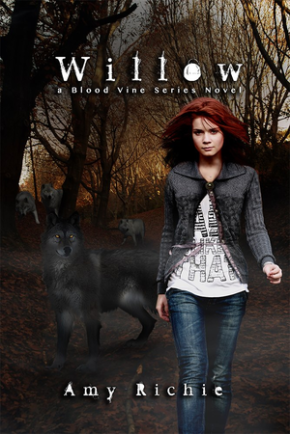 Willow Bennett’s life of sulky teen takes a drastic turn when she is suddenly forced to take leadership of an orphaned pack and has to make choices that not only affect her, but an entire town. “Being a werewolf is harder than it looks. Everyone thinks it’s just morph at the full moon, kill, morph back. That’s not true. It’s a lot harder than that. Especially if you are seventeen years old.” Willow has the worst luck. First she has to deal with her narcissistic foster mother, Bella; then of course there’s her horrid little sister Ivy; not to mention the pack of werewolves that belong to Bella. Now, they have to move and start a new school – again. Just when Willow thinks things can’t get any worse, Blake shows up from a council she never knew existed to name her leader of a pack she never knew existed. How was she supposed to teach a bunch of teenagers how to be wolves when she herself hated everything about her life? 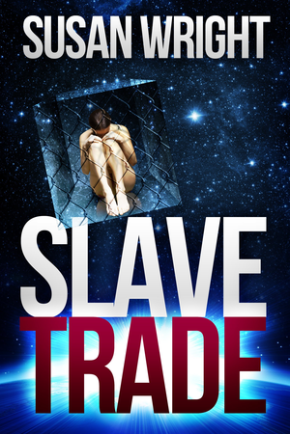 Human slaves can never defy their alien masters – or can they?

Rose Rico never believed the rumors that the government was secretly selling human beings to the Alphas in exchange for advanced alien technology. The idea that human sex slaves were a luxury item throughout the galaxy was just too ridiculous to take seriously – until Rose found herself, along with hundreds of other human captives, bound for the far reaches of space, and compelled to cater to the depraved desires of her new alien masters.

As a rule, pleasure slaves don’t live very long, especially the stubborn ones. But Rose refuses to give up. She bands together with aliens and humans alike, as they are snarled into tighter knots trying to escape the will of the masters. Someday, somehow, they will win back their freedom – or die trying!

The beginning of a provocative space opera of slavery and rebellion. Slave Trade is Book 1 in the Slave Trade trilogy including Slave Masters and Slaves Unchained.